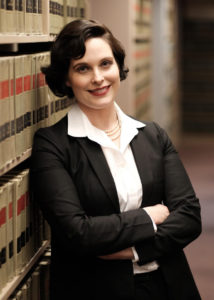 Natasha was born and raised in Waldoboro. Her father, Richard, a Navy veteran, taught Marine Technology at Region 8, Midcoast School of Technology for 30 years. Her mother worked her way from an entry level position at a rural medical office, to office manager, where she still runs the show.

Natasha lives two miles from the house she grew up in, where her parents still live, on her Grandfather’s farm. Natasha and her spouse, Billy, have two daughters, Mariner and Lily, a couple of goats, a few chickens, and occasionally a couple of pigs.

Natasha studied philosophy at Loyola University New Orleans. The Jesuit Priests instilled in her a sense of social justice that is reflected in her belief in a Community Based Restorative Justice System.

After college, Natasha spent a year of service with Americorps, and returned to Maine to attend the University of Maine School of Law. After graduation Natasha worked a variety of jobs to pay the bills until she passed the bar. She is no stranger to the struggle of having to put food on the table and keep the lights on. In true tough Mainer style Natasha took the bar exam eight months pregnant and was inducted into the Maine Bar with her 5 week old daughter Mariner on her hip. 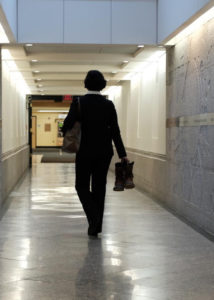 After working as a Defense Attorney for the past few years Natasha witnessed the failures of the current policies of the District Attorney’s office. Too much of taxpayers hard-earned dollars are being wasted on jailing non-violent misdemeanor offenses leaving the DA with few funds to deal with violent crimes. After witnessing the horrors of domestic abuse, elder abuse, veterans getting lost in the systems as they struggle to readjust to civilian life, to the mentally ill being tossed in jail cells rather than getting the treatment they need, Natasha decided to run for District Attorney.